Chemicals in Processed Meats and Their Effects on the Body

Processed meat refers to any meat that has been salted, cured, smoked, or in any other way messed with to enhance flavor and preserve for longer. Examples of processed meat include ham, sausage, hot dogs, pepperoni, salami, beef jerky, deli meat. 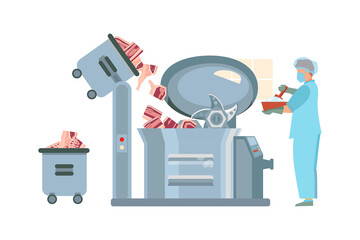 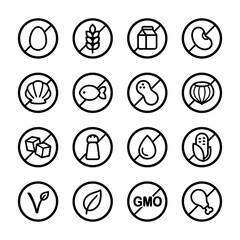 If you are in doubt as to whether or not a meat is “processed”, the easiest way to tell is to read the label. Words such as nitrate, nitrite, cured, or salted, indicate that this meat has been transformed in some way and should be avoided. Nitrates are chemicals that are added to keep this processed meat to help them stay on the shelves for longer by preventing the growth of bacteria. There are brands that now offer “nitrate-free” meats, however, as of yet, there is no evidence to suggest that these options are any less damaging to your body. This is because even though these “nitrate-free” choices may contain fewer nitrates, they’re not indeed nitrate-free. These options are often preserved with celery juice, a plant rich in nitrates and known for its ability to disinfect, color, and preserve meat. Manufacturers can dub their product as “natural” when in fact the only green thing about it is the celery juice.

"...the higher [the] intake of processed meat, the higher the risk of chronic diseases and mortality..."

Effects of Processed meats on our body's

Once ingested by your body, the source of the nitrate added for meat preservation likely does not matter and are eventually turned into nitrites by your stomach. These chemicals, as well as the heterocyclic amines and polycyclic amines that are released when meat is met with high temperatures, can lead to damage to cells in the colon and rectum. The cancer risk greatly increases as the damage continues to accumulate. The best way to counteract nitrates is to eat a diet rich in antioxidants, which are found in colorful fruits and vegetables.

Shockingly, the World Health Organization (WHO)’s International Agency for Research on Cancer (IARC) has classified processed meats as a Group 1 carcinogen. This means the consumption of foods such as bacon, salami, ham, and hot dogs is strongly linked to cancer. To put this in perspective, processed meat is now in the same category as smoking, though the level of risk associated with smoking is noted as significantly higher. There is strong evidence to show that eating processed meat increases your risk of colon, bowel, and stomach cancer. The evidence suggests that your risk of bowel cancer increased about 18% for every 50 grams of processed meat eaten. Fifty grams is equivalent to about six slices of bacon, two and a half slices of bologna, or one sausage in a sausage McMuffin from McDonalds. These risks are relative and depend on preexisting health conditions, lifestyle choices, and genetics.

Note: Unprocessed red meat, such as beef, lamb and pork, has been classified as a Group 2A carcinogen by the WHO/IARC, meaning it probably causes cancer.If you are not yet prepared to eliminate meat altogether, but want to start making healthier swaps, try eating as little processed or unprocessed red meat as possible. Here are your best options: 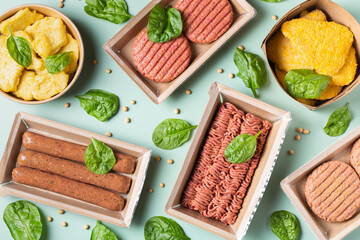 Getting Creative When Swapping Out Deli Meat in Sandwiches

One of the most daunting parts of making plant-based swaps in on-the-go meals. For beach picnics, long hikes, office lunches, and road trips, sandwiches are the perfect go-to. But, what to add to a sandwich to make it more satisfying if not deli meat? For many, eating a sandwich without deli meat may even seem pointless. Below is a list of options to create a satisfying veggie sandwich. Feel free to add as many as you want since variety is key for a healthy guy. Don’t be afraid if your veggie sandwich turns into a monster…go for that mouth-wide-open bite!

-Peppercinis (if you don’t mind a little sour kick)

-Mustard, mayo, aioli, pesto (if you are dairy-free, be sure to check if there are any dairy products in the condiments you choose) 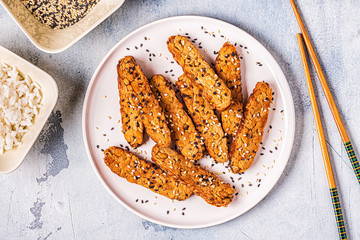 Tempeh is made from fermented soybeans. Because the soybeans are not as processed, you can crumble tempeh with your hands to create a ground-meat-like texture. Season the tempeh just as you would with meat but don’t worry about cooking it for too long as the tempeh is already cooked and fermented, making it safe to eat. Have fun experimenting with your dishes! Below are some examples of easy dishes to try switching out ground meat for tempeh.

You have successfully subscribed!

Please login and you will add product to your wishlist